Featured Article: Your Mark on the World 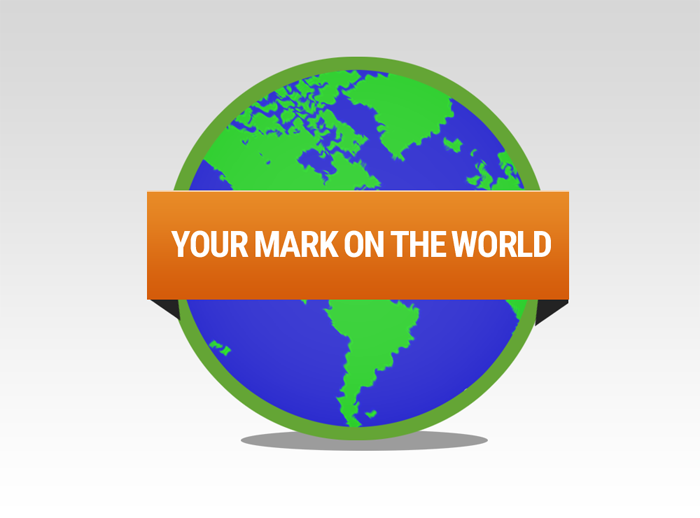 As 2018 became a page in the history books, newscasters reflected on the big stories of the year. Most stories were sad- senseless shootings in schools and malls, accusations of workplace misconduct, devastating and deadly weather- mixed in with a few feel-good viral videos. What was so eerie about the disturbing stories of the year were how they were so like problems America faced exactly 50 years ago.

1968 was a year marked with social injustice. People of color were still being marginalized and women were trying to gain footing in the workplace. Martin Luther King, Jr. was assassinated. The result of these challenges were citizens willing to stand up and protest for change. The Civil Rights Movement expanded north. “Women’s Lib,” short for women’s liberation, became the term used for women protesting for equal rights. Students became involved in areas that affected them, such as when Chicano students, angry over poor school resources and curriculum, walked out of East Los Angeles high schools.

Fast forward 50 years. Families and friends marched in protest of the killings of their African-American loved ones. Women marched for physical violence against them to stop. Students protested for safety in their schools. March for Our Lives was the name of the student protests. March for Our Lives- it pains me to hear this phrase; that such an educated society has children pleading for their safety in a place of learning. Reflecting on all these protests we are left with asking why our society has not learned from 1968. Why must we continue to fight the same battles repeatedly, decades apart? The only solace is that there are still people willing to fight the battles.

As 2019 begins, newscasters have moved onto stories about New Year’s resolutions and how we can better ourselves this year. I’ve seen stories about weight loss, decluttering, less screen time. Instead of just personal goals this year, what about goals you can achieve to make our world a better place? Are you disturbed by pollution, bullying, inequality? What ills in society do you want resolved and not existing another 50 years from now? How will you make a mark in 2019? Making an impact on the world betters not only ourselves, but society. Maybe 2019 can be the year battles experience bigger wins with your help.