Book Review: Into the Streets: A Young Person’s Visual History of Protest in the United States 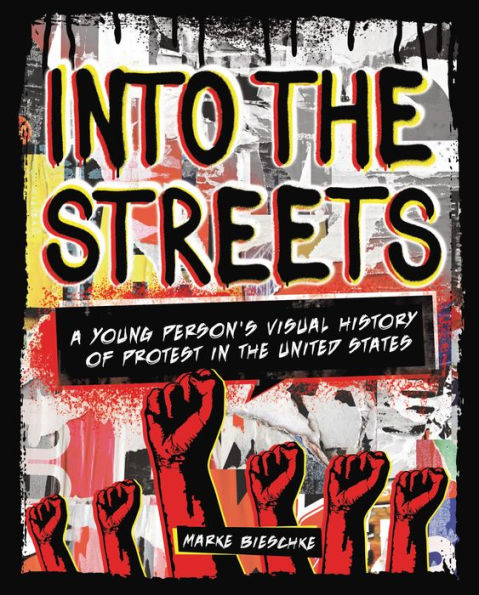 Into the Streets: A Young Person’s Visual History of Protest in the United States
By: Marke Bieschke
Reviewed by: James Smith

Mark Bieschke, the author/activist behind “Queer: The Ultimate LGBT Guide for Teens” and former editor of Gay.com and PlanetOut.com, captures nearly five centuries of protest history in this, his latest book. Bieschke opens with a brief introduction to protest: what it is, some of its types, and why it happens. The majority of the text, though, is devoted to protests themselves. Part historical documentation, part poignant cultural criticism, each chapter focuses on a single protest, from the well-known Women’s March to more obscure forms of protest like The Battle of Athens and the Nuclear Freeze Rally. Bieschke’s visually stunning book draws readers through sit-ins and marches, through rallies and riots. Historical images and powerful sidebars highlight subjects such as youth activism and protest art while providing additional commentary on the more straightforward main text. At its core, a guide for young people, the book closes with suggested guidelines for how to start a protest, as well as a short annotated bibliography for further reading. This book will be a welcome addition for collections seeking to facilitate honest, clear conversation about inequality in the United States and the strategies being used to address it.