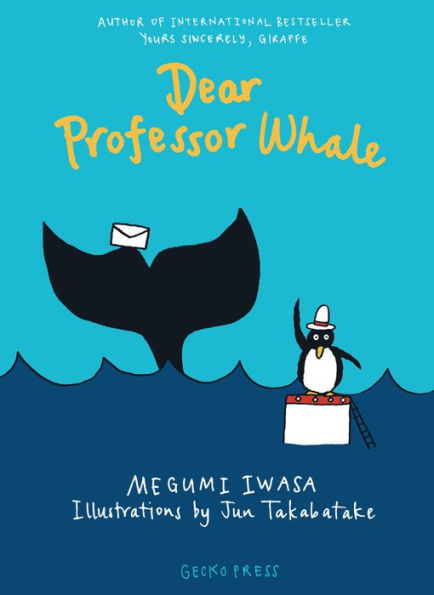 Professor Whale is the only whale left at Whale point. He has the respect of the other animals who live nearby, but all of his friends have moved on, and he feels lonely just reminiscing about the good old days and his championship outings in the Whale Olympics. Thinking that new connections will perk him up, Professor Whale sends out letters with the delivery seal in an attempt to meet new animals from different parts of the world. The only response he receives is from Wally, a young whale from Otto Island.
Professor Whale is disappointed at first since he was hoping to hear from someone more exotic, but his interest is piqued when he learns that Wally is the grandson of one of his old friends who left Whale Point long ago. Wally grew up hearing stories of the Whale Olympics, and Professor Whale is inspired to organize a new round of the games after hearing how much Wally was moved by the stories his grandfather told him. Getting everything in order for the event turns out to be just the thing to enliven Professor Whale and jolt him out of his old routines. The Whale Olympics even bring some old faces back to Whale Point, and Professor Whale is happy to have other whales around.
Iwasa’s sweet parable about the value of friends and kindness to others is sure to charm. Her story, presented here in a pitch-perfect translation by Cathy Hirano, is full of warm, likable characters who are consistently kind to one another in a way that feels heartwarming, rather than saccharine. Takabatake’s illustrations are a perfect complement, their childlike simplicity adding to the sense of coziness to the story. Dear Professor Whale builds on the characters that Iwasa introduced in Yours Sincerely, Giraffe, though this book stands on its own. Whether readers are new to the series or not, both children and adults will appreciate this cheerful story.

Children’s Literature is a division of CLCD, LLC.