Q&A with Aisha Saeed, YA Author and #WeNeedDiverseBooks Co-Founder 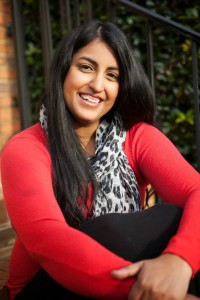 Aisha Saeed is a busy person. In addition to being a writer and mother of two boys, she helped start the We Need Diverse Books™ campaign, which started as a hashtag on Twitter and Tumblr and in less than one year has grown into an important non-profit organization with significant influence in the publishing industry and the public at large. She has been blogging for over ten years and has been a contributor to the Love, InshAllah anthology as well as The Orlando Sentinel, BlogHer, Muslim Girl Magazine, and Red Tricycle. Her first novel, Written in the Stars, was released March 24th. Fortunately, Ms. Saeed found a little time to answer a few questions from CLCD Newsletter:

In addition to being an author, VP of Strategy for We Need Diverse Books™, and a mother of two, your bio includes teacher and lawyer as your other roles. Tell us about your background in these other fields.

I received my bachelors and masters degree in Elementary Education from the University of Florida. After teaching for four years, I went to law school and got my J.D. As an attorney I worked as an Equal Justice Works fellow representing clients with disabilities and chronic illness who were not getting their rights fully met in the educational setting. While I am not actively involved in those careers at the present moment, they helped shape who I am on the journey of life, so I do still identify with them as a part of who I am.

Written in the Stars was released on March 24th. How long did it take to write the book and have it become a physical tangible thing? Tell us about this novel’s journey from idea to printed book.

When I started writing this book depends on when you start counting. The story has been with me since I was a teenager myself but the courage to sit down and push away the self-doubt about my abilities to tell this particular story came much later. All in all it took about five years to write this book. My agent, Taylor Martindale, has a great editorial eye, so when she signed me on, we did more revising to improve upon it further. After my book deal my amazing editor Nancy Paulsen gave me new feedback and insight, which I used to further tweak the manuscript, making it better than I knew it could be. It’s amazing to see how much the book has changed since I began writing it, but now looking at the printed version I know it is the best possible book I could write thanks to all the people along the way!

An impending arranged marriage creates the central conflict of Written in the Stars, with Naila being forced to marry someone her parents have chosen, instead of the boy she loves. Women’s rights advocates from western cultures often have an impulse to “rescue” women in non-western cultures from institutions they perceive as oppressive or patriarchal. In some cases,such as Malala Yousafzai’s campaign against the Taliban’s education restrictions, it is encouraged. In other cases,such as banning hijab, this is unwelcome. Where does arranged marriage fit on this continuum?

Arranged marriages are not something that anyone needs to do something about if the couple is choosing to enter into the union. While from the western perspective it can seem unusual and strange to have an arranged marriage, they are not necessarily a bad thing. One of my college roommates told me she wished her parents would introduce her to guys for marriage; she liked how direct the approach was—you could simply get to know someone and have the end-goal of marriage in sight. She found the group dynamic of the decision making comforting. In the cultures where arranged marriages are normal and acceptable, it is not necessarily an undue burden or a terrible situation.

Forced marriages however are a different situation. Everyone agrees they are unacceptable, and for this reason forced marriages are condemned by every culture and religion on earth. In this regard, all cultures—both western and non-western—are in agreement. When it comes to forced marriages, in my opinion, joint global effort to eradicate the issue is welcome, but it’s important to remember that there are already people working in the movement from within the affected countries to help women in these circumstances.

You wrote about your own arranged marriage in Love, InshAllah: The Secret Love Lives of American Muslim Women. Tell us a little about your personal experience.

My own marriage is more of a semi-arranged marriage. In my situation, a mutual friend of my husband’s family and my family introduced the two of us. We met each other and we also met each other’s families but they did not influence us in our marriage decision. We talked to each other and spoke for hours on the phone and then decided that this decision to get married just felt right. While our families were involved the final decision was ours.

For a person with so many roles (and two boys at home) it must have been hard to find time to write. Do you have a daily writing routine? Do you have a special sound-proofed writing chamber? Any time management or productivity secrets you’re willing to share?

I do not have a sound proof writing chamber but now I desperately want one! I will say that this question is one I get a lot, and the answer is: yes it is very hard to find the time to write when you have small kids. The secret to writing for me is to make the most of the pockets of time I get. My kids go to a part-time nursery school a few days a week, and I try to let the laundry stay untouched while I get to the business of writing. It’s possible to write with small children, but the reality is you have to give up something. For me, I realize my house will never be perfectly clean and that sometimes I will have to say no to things I’d like to be doing with friends on the weekends. It’s one of the few opportunities for my husband to take the kids while I write, so it’s what I have to do. You have to place writing on a high priority and do what you can when you have that time. I keep Zadie Smith’s words in mind: Protect the time and space in which you write. Keep everybody away from it, even the people who are most important to you.

You are an active Twitter user—17,000 tweets and counting! How do you make the switch from expressing yourself in 140 characters and writing a novel?

Wow, that is a lot of tweets! I don’t really consider the switch to short form writing to the novel form to be much of a challenge. Twitter is really just thoughts on life, and interacting with fellow authors and readers. Writing fiction is another beast entirely.

Does social media make it easier or harder to be a novelist?

I will say that social media has its advantages and disadvantages for being a writer. The huge plus is the writing community I’ve found on Twitter. There are so many authors and writers and bloggers and book lovers on Twitter and it’s a pleasure to get to know them and to support their victories in the writing journey and receiving that support in kind.

The big disadvantage with social media is that writing takes place on my laptop primarily, and well, Twitter and social media is there too! Writing is difficult, so having social media and Microsoft Word in the same space can be distracting. My solution is to simply sign out of social media while I’m writing. This helps me to not quickly click over and lose precious minutes of writing time.

As a founder of We Need Diverse Books™, you had a big impact on the publishing world before your first full-length book went on sale. What’s it like for a new novelist to be rubbing elbows with folks like Jacqueline Woodson?

Being one of the founding members of We Need Diverse Books™ has been an amazing experience. I am so grateful at the response and the incredible support we’ve received from the reading community, authors, and the publishing world. As a new novelist, it’s been incredible to get to know veteran authors whose work I admire such as Meg Medina, Jacqueline Woodson, Matt de la Pena, and others. They’ve all been having this conversation on diversity for a long time and I enjoy hearing their perspectives and learning from them both on the subject of diversity in literature, but also the craft of writing as well.

How do you think your work with We Need Diverse Books™ will impact your career as a writer?

I can’t be sure how my career as a writer will be affected by We Need Diverse Books™, but I hope that our push for more diversity in literature will help all authors including me who are writing diverse works. I hope the campaign will lift all authors up and will help our voices gain more visibility than was the case in the past.

What is your next writing project? Do you have a second novel in the works?

I am continuing to write young-adult novels. I currently have three different projects I’m working on. While they are all different stories with very different characters and settings, I am committed to maintaining diversity in my novels. I like to take my time with revisions, making them the best they can be, so these projects are all in their development phases at this time. But I’m excited and look forward to seeing what happens!

Written in the Stars

Raised in a conservative Pakistani immigrant family, 17-year-old Naila has been an obedient daughter for most of her life. However, her American education has exposed her to her classmates’ comparative freedom and allowed her to spend time—and fall in love—with Saif, a Pakistani boy whose family has been ostracized from their community. Her parents’ expectations are clear: “You can choose what you want to be when you grow up, the types of shoes you want to buy…. But your husband, that’s different.” After Naila’s transgression is discovered, she is whisked back to Pakistan and forced into an arranged marriage. In her YA debut, attorney and writer Saeed, a contributor to the collection , movingly conveys the intense cultural pressure that motivates Naila’s parents and the heartbreaking betrayal Naila feels as she is deprived of her rights, cut off from the outside world, and threatened with shame and death. Saeed includes resources for those who, like Saif’s family, wish to help real-life Nailas, in this wrenching but hopeful story. Ages 14–up. Reviewer: Publishers Weekly. ISBNs: 0399171703, 9780399171703

To learn more about Aisha Saeed, visit her website or social media outlets:

To learn more about the We Need Diverse Books™ campaign, visit their website or social media outlets: